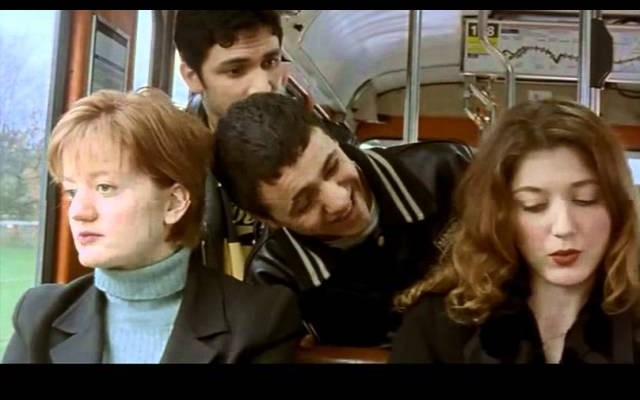 A group of guys start talking to two young women they meet on a bus. Both women have pale complexions and auburn hair. They do not respond to their approach, which becomes increasingly aggressive and insulting. Their attitude changes when one of the women replies to their insults in Arabic.