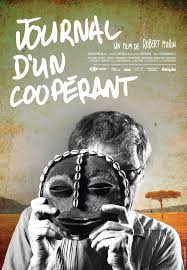 A single electronics technician, Jean-Marc Phaneuf, goes to Africa as a volunteer for an NGO, Radio du Monde. He finds a country ruined by grinding poverty, famine, war, disease and appalling social inequality. Yet he also meets a joyful, brave people hungry for happiness, knowledge and human dignity. The camera that becomes his notebook also helps Jean-Marc expose the shaky, ineffective workings of NGOs. His investigations turn up a few praiseworthy examples of international cooperation, but on the whole he finds himself drawn to a terrible, inescapable conclusion: humanitarian aid is a utopian mirage. After the last vestiges of his ideals are snuffed out when he is attacked, Jean-Marc becomes entangled in a doomed relationship that ultimately forces him to leave Africa in disgrace.

Other movies from Burundi made in