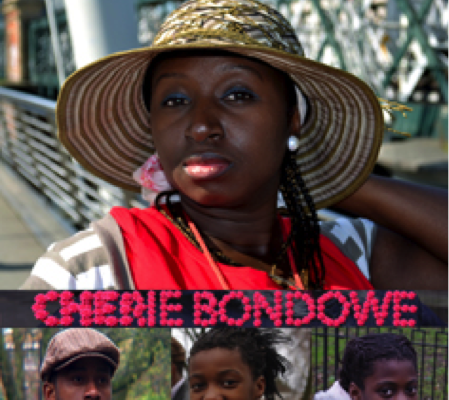 This film is a melodrama inspired by a true story. “Cherie Bondowe” depicts the struggles a woman from Congo faces after her husband commits suicide when she attempts to divorce him. She also loses her children as he sets himself on fire with the children in the same room. This film tackles several social issues such as domestic violence and divorce. The title is inspired by Mayaula Mayoni’s song “Cherie Bondowe”. It was filmed between 2011 and 2012, and released in December 2012.