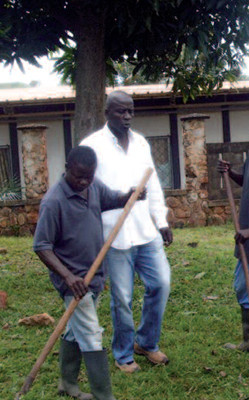 This film presents the journey back home of several Central Africans who have spent 15 years of their lives in France.

What happened to these men and women after they obtained their diplomas in France? Did they fulfill their student dreams? What perspectives did they found when they got back? Did they found the jobs they were trained for in France? Did they find a place in the Central African society? Or are they too "westernized" and they can no longer fit in an African reality that is different from the one they  knew 15 years ago?

These are a few of the questions the film tries to answer by accompanying these people's return to the Central African Republic.

Other movies from Central African Republic made in