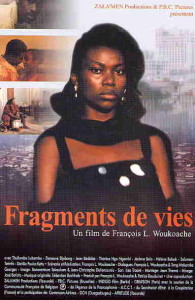 The film follows three stories that take place in the slums of a city in French Equatorial Africa. At nightfall, people seem to regain a vitality which explodes in the bars to the rhythm of the latest hits from the music charts. The first part tells the story of Petit-Jean, a young graduate, who is unemployed and roams the city in search of work. From humiliations to frustrations, the destiny of this young ordinary African changes dramatically. The second part follows a young girl who transforms herself into an angel of death in order to free herself from a traumatic past. The final section is of an encounter between a woman and a man who seem ordinary at first, but a past which the woman had thought had forever disappeared, resurfaces in this man. (Taken From Africanfilmny.org)