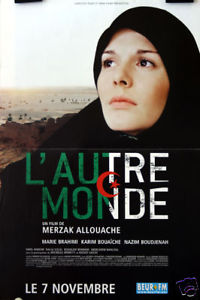 Yasmine is a young French woman of Algerian descent whose fiancé Rachid is in the Algerian army. Yasmine hasn't heard from Rachid in quite some time, and she grows increasingly worried. At last she decides to leave for Algeria herself to search for him. Unable to speak Arabic, she finds herself lost and unable to communicate in a country whose culture she does not share despite her Algerian heritage. She does, however, find a friend in Hakim, a jihadist who helps and protects her despite the many differences between them. Yasmine ultimately discovers that Rachid has been ambushed.