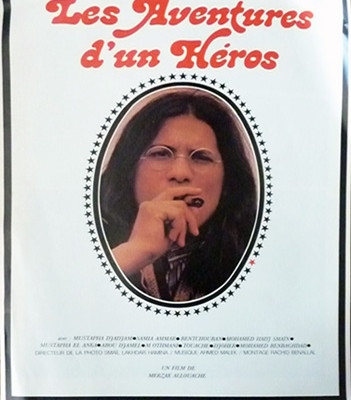 Set in a fictional desert country, Mughamarat Batal tells the story of a young man named Mahdi who has been chosen as a savior figure in his tribe. According to them, he will someday help solve their problems and lift them out of poverty. To prepare him for this exalted role, they give him a broad education that includes information about revolutionary movements. Eventually, Mahdi must set off to fulfill his destiny with the motorbike he has been given by his tribe--but before he leaves, he discovers the disturbing truth that his own father gave him the sign of the chosen as a baby. His position as savior may be little more than a sham. Despite his painful knowledge, Mahdi leaves on his quest and encounters a variety of intriguing and sometimes terrifying characters, including princesses, guards, and death squads. On the way, he attempts to preach his message of change and revolution, yet no one is interested. At last, he abandons his journey as a "savior" and joins a democratic movement.  This film imparts serious messages with a folkloric, mythical feel.