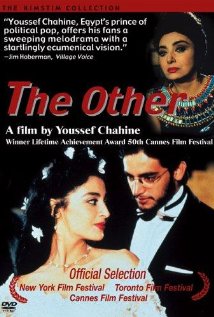 Although separated by class and power, Hanane and Adam are deeply in love with one another. Hanane is a journalist from a middle-class Egyptian family, working for a campaign against an elite and corrupt family. There is rampant corruption in Egypt and American interests are gaining control of the nation’s profitable tourism market. Adam’s wealthy family and friends in the government thrive at the heart of this system. His mother tries to emotionally smother and control him, ultimately seeking to rid her family of Hanane. However, Adam’s overwhelming love for his wife foils his mother’s plans and causes him to reject the very globalization his family advocates. Through Hanane’s campaign, Adam sees the greed of the international community and the invisible bonds that tie them to fundamentalist factions within Egypt. Committed to each other and resistant against the nation’s corruption, the couple faces the consequences of making powerful enemies within the Egyptian private sector and international community. This drama seeks to expose the links between power and fanaticism, and denounces intolerance in a bitter portrayal of the Egyptian business world. It was screened in the Un Certain Regard section of the 1999 Cannes Film Festival.