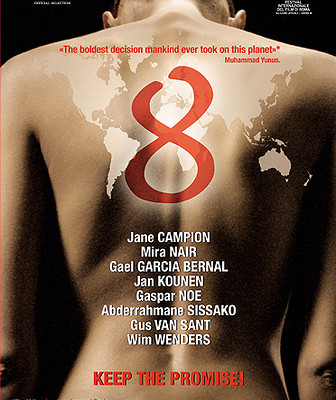 This piece is one of the eight short films that make up the longer work 8; each film is based on one of the eight Millennium Development Goals. Tiya's Dream focuses on the goal of ending poverty and hunger. The film illustrates the challenges of this goal by depicting the lives of children in Ethiopia. There, children are often absent from school due to their obligations to their families. Tiya is one of these children; she misses school frequently to work and care for her ill father. One day in school, the students learn about the Millennium Development Goals, and Tiya is not so easily enraptured by the idealistic message. Instead of listening, she gazes out the window and watches boys play rugby. When confronted by her teacher, she says that wealth will not be spread evenly because "people don't like sharing."