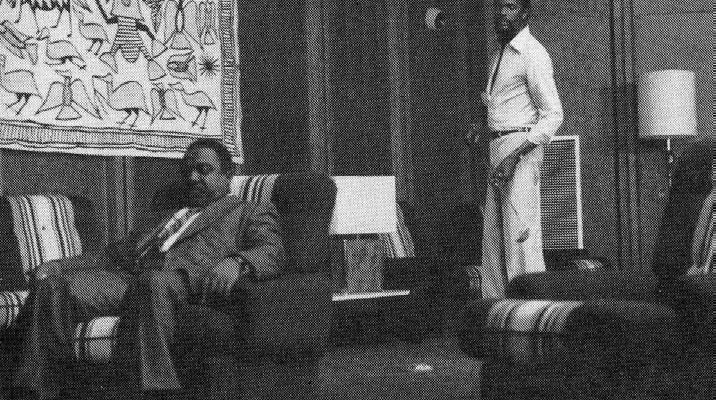 Workers assigned to dig a new Trans-Gabon railway path through the mountain are angry due to the rise in bus fare which is their only form transportation to the construction site. Angry with the new raised fees, the workers decide to go on strike. While the army is called to intervene, there is a problem with leadership. As the President is hospitalized in Paris, the Manager of the President’s Office (Albert Swami) wants to cooperate while the residing Vice-President (Ikapi) wants to resist the strike and lead opposition. During the President’s Cabinet call for a meeting, Ikapi issues a formal statement disapproving of the strike and Albert Swami narrowly escapes a murder attempt on his way to the office. Is this the work of the Vice-President and could he be so sinister?

Other movies from Gabon made in