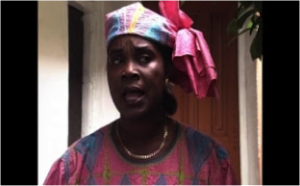 This five film series (A Stab in the Dark 1,2, Ripples: A Stab in Dark 3, Ripples 2, and Ripples 3) follows the lives of young women in domestic dramas and represents a variation of the social issues in drama. In A Stab in the Dark, the main character, Effe, is a pretty young woman who prefers dating much older, and usually married men. Effe leaves her home to escape her mother’s criticism of her behavior and stays with her friend’s family. While at her friend Kate’s house, Effe has an affair with Kate’s father as well and ruins the dynamics of that family. Eventually, in the fifth film, Effe decides to turn her life around and instead of ruining families and marriages, helps save a marriage and regains her friendship with Kate.