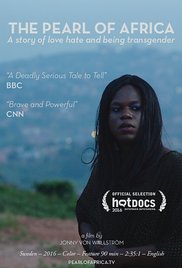 A documentary that focuses on the life of 28 year old Cleopatra Kambugu. A Ugandan born male who decides to live openly as a trans woman despite hatred towards same-sex relations in the country. In 2014, when Cleopatra Kambugu and her parted decide to settle down in Uganda, the country passed a homophobic law. This led to the outing of Kambugu and her partner which forced them to flee Uganda. Despite hesitations, Cleopatra Kambugu decided to work with Jonny von Wallström and publicly express what she was feeling and her sexuality. A 7 part web series was created, The Pearl of Africa, which eventually turned into a documentary.