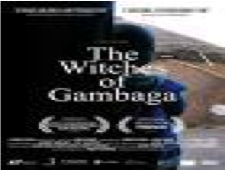 A true story of a community of women condemned to live as witches in Northern Ghana, Witches of Gambaga is a documentary that was made over the course of 5 years as a collaboration between members of the 100 strong community of Gambaga and the the women’s movement activists determined to bring the story to light through this disturbing expose (African Women’s Development Fund, Pathways of Women’s Empowerment RPC, various other groups and individuals). The stories the documentary tells are told by the women themselves, who painfully and abusively experienced being ostracized by their communities. One for example, focuses on Asana Mahama, who was tortured by her brother who threatened to pluck out her eyes before she found refuge at the camp. Another, named Bintook Duut was on the run for three months before she found sanctuary. Badoe was determined to use the film as a way to challenge beliefs that demonize women.

‘If they say I am a witch then I must be a witch!’ NewInternationalist Blog (News/Blog)