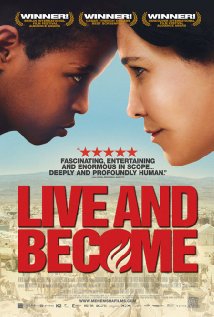 In this film, a young Ethiopian boy is taken from a Sudanese refugee camp to Israel in 1984 in an American-Israeli rescue in Operation Moses. Stuck with his dual secret that he is neither Jewish or an Orphan, Shlomo has to reconcile his old life with the new as he finds himself in the radically different world of Israel and Judaism. Motherly love from his memories and the woman who is his step-mother keeps Shlomo moving forward to find within himself his identity once again.

Holden, Stephen, “Digging for Truth in a Life That’s Built Upon a Lie.” The New York Times (Online)