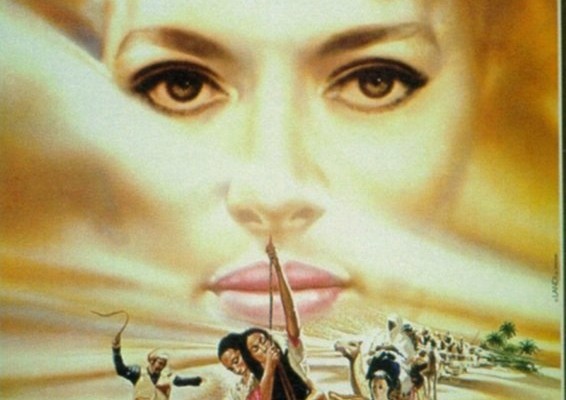 This film is set on a palm plantation in the Sahara, where the Simoom, a dry, dusty desert wind, causes routine devastation and fills the village with sand. The villagers go to great lengths to dig themselves out of the dust and continue their lives. Only one person refuses to help with their efforts, a blind, prophetic man who largely separates himself from the community. Named Abbas, this man advises the other villagers to cease their struggle against the desert and its winds. He believes that fighting against nature is pointless.

Amara is one of the village's residents. The film's conflict begins when his wife gives birth to an eighth daughter. In a world where boys are valued far more than girls, this birth seems like a tragedy and a curse to Amara rather than a blessing. He becomes furious and beats his wife. He also feels intense jealousy toward his beautiful sister-in-law Roguia, who has a disabled son Amara considers more worthwhile than all eight of his girls. This jealousy and hatred, however, is mingled with attraction. Amara decides to take revenge for his situation, and to do so, he takes advantage of the arrival of a troubadour named Hafnaoui.