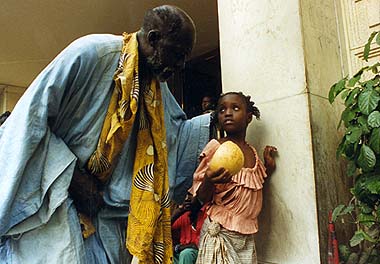 Battu tells the tale of a politician a mite too ambitious, who should have thought twice before casting out the beggars from the City… For, in a country where giving alms is a divine obligation, everyone knows that Allah is vital to the smooth running of things… and that includes the government! When the beggars set in motion a ‘beggars’ strike’, the politician lays himself open to political and social upheaval, and all but sinks into the chaos of his family life…

Reviews and Articles:
“The way Sissoko dealt with the subject of beggars was a daring first for Africa.” – Louverture Films