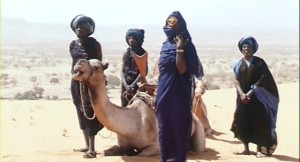 A Biblical drama about the house of Abraham. Set in Mali's Hombori Tondo escarpment, Joseph, Jacob’s son, is kidnapped. To complicate things even more, Esau is pitted against Jacob who stole Esau’s birthright years earlier. Jacob and the House of Abraham have to deal with internal struggles as well as outside invaders in the Canaanites as Jacob and his herd of farmers is pitted against Esau and his herd of hunters in this West-African epic.