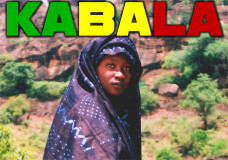 When an elderly man reveals that his son Hammala is the illegitimate son of a purported witch, the ugly side of social customs rears its head. Shunned by the community, an ashamed Hammala leaves the village, only to return four years later, despite his outcast status. The conflict between ancient customs and progress comes to a head when when Hammala's attempts to clean up the well of holy water, which is contaminated with cholera, are met with staunch opposition from the villages' official shaman. Simultaneously, the woman he loves is being married off to a corrupt local named Seriba. Magic does manage to play a significant role, however, when forces beyond logical explanation push the villagers into Hammala's home.

Political Participation and Its Role in Development: Some Observations Drawn from the African Context by Fred Hayward. The Journal of Developing Areas, Vol. 7, No. 4 (Jul., 1973), pp. 591-612