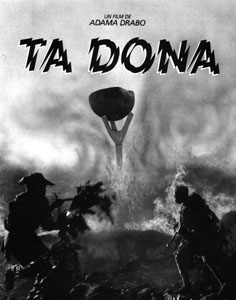 This film creates a link between the modern world and the traditional world. In a small Malian village, the people are conflicted between obeying the government and upholding tradition. The villagers customarily hunt by setting forest fires; however, the government has banned forest fires because of their combined danger and destruction. Sidy, a young forest ranger from the city, is called to combat a forest fire in the village. He finds himself developing a closer relationship with the villagers than his employers. He then journeys to find a plant with magical healing powers that supposedly eases the pain of childbirth. Through his work, he must try to bring together the local villagers and his bosses.