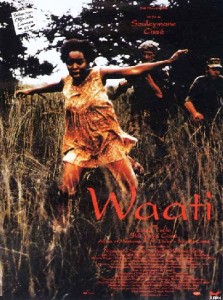 "Nandi is a black South African girl living under the rule of Apartheid. Violence, desperate energy, a wild passion for learning and liberation through knowledge, encounters of love and compassion. The convulsive present of Africa, its past made of misery and magic, its future, 'inevitably better' meet on Nandi's path. We follow her from childhood to reaching adulthood, among the landscapes and figures in her life, as she goes through South Africa, Ivory Coast, Mali and Namibia 'where the earth seems to have originated'. Little by little, Nandi discovers her continent and her own reality as an African woman". (From Festival De Cannes website)