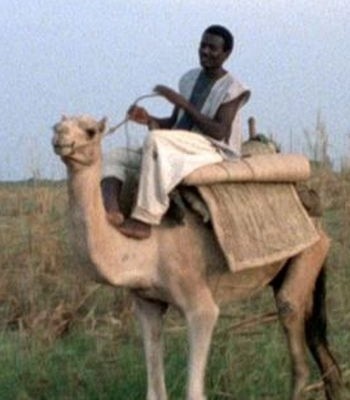 Based on a traditional African tale of honor and integrity, L’exile is a twisted love story of a man who learns the hard way how the repercussions of foolish actions can haunt one later in life. Ganda uses the narrator as a politician-in-exile and the parallel of the theme of keeping one’s word to comment on Niger’s political officials and their lack of reverence for the tradition of integrity. The palimpsest of narratives Ganda creates in the film works to connect the African traditional values with the new, postcolonial values Ganda is clearly critical of. L’exile received international attention, particularly from the Pan-African Festival of Cinema and Television  of Ouagadougou and is regarded as one of the most important African films of the twentieth century.