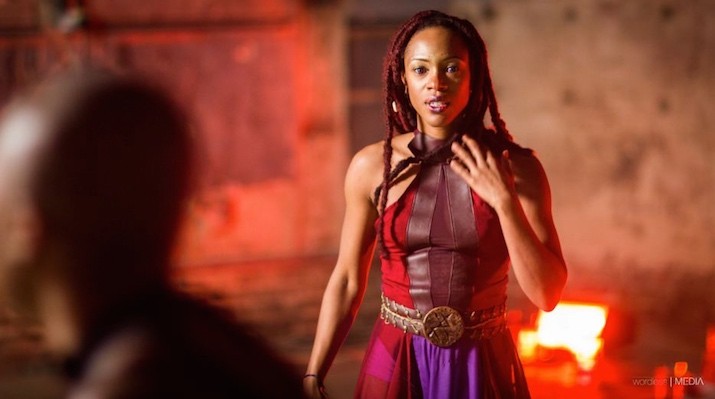 "The film resurrects mythical deities from African folklore, known as Orishas, into modern-day superheroes, focusing on Ade, one of the few people in the modern world who still has a connection with one of the gods Oya. Oya's job is to keep the doorway between the world of man and the world of the Orishas firmly closed for, if it is opened, the Orishas will wreak havoc upon the Earth as retribution for man's abandonment of them. To keep the door shut she must find the 'key' (a young girl with the potential to open the doorway) and keep her safe." - from IMDB.