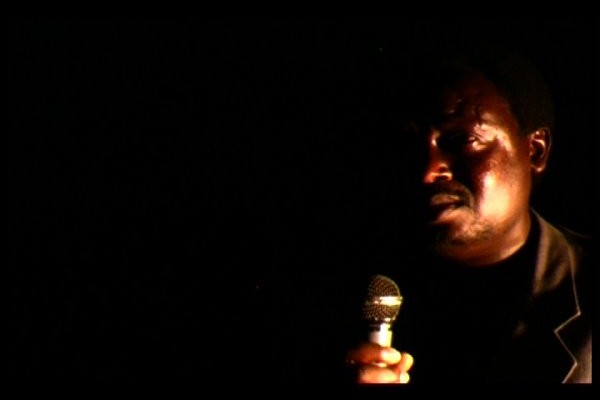 The Rwandan Night is a documentary film which weaves between footage of a commemoration night in Kigali and of survivor testimony, as well as the analysis of genocide scholars like Mathilde Mukantabana and Dr. Lionel Rawlins. Of particular note is the film's centerpiece, the lengthy recollection of Fidele Sakindi who is the oldest living survivor of the 1994 genocide. His words are truly haunting as he traces his life from the Rwandan Revolution of 1959 to the present day. His description of the turbulent decades following the '59 Revolution, in which the Hutus seized power and dissolved the Tutsi monarchy, are particularly chilling for an American audience who may not be as familiar with Rwandan history prior to the infamous '94 genocide. Ndahayo's documentary deftly puts scholars and survivors in conversation with one another to try to make sense of the problem which Dr. Rawlins highlights as archival footage shows UN General-Secretary Ban Ki-moon ascend a stage in Kigali: "Who are you all expecting to help? The rest of the world, the United Nations. No one came."