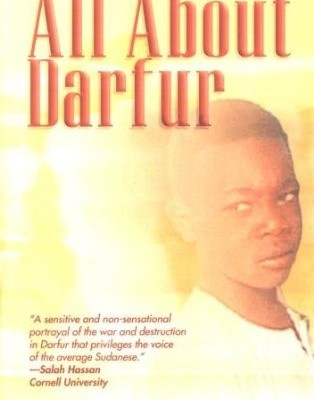 The display of the of racial and tribal conflicts is shown in the province of Darfur, The director Tagred Elsanhouri displays the fight between the Janjaweed (Government troops recruited by Arab tribes) and the Non-inhabitants of the region.

Michael Kevane, "Review of All About Darfur, documentary film produced and directed by Taghreed Elsanhouri, distributed b California Newsreel, 82 min."

Wole Sayinnka. “The Avoidance Word Still Screams Its Name: An address to the “50th Anniversary of the 1st International Congress of Black Writers and Artists.” Transition, Issue 97 Volume 13, Number 3. 2007.