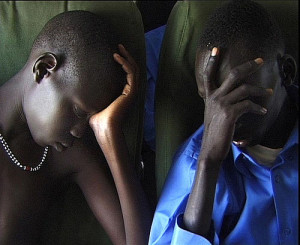 Howes explores the lives of Sudanese “Lost Boys” who live predominantly in refugee camps and who travel great distances, in this case from Sudan through Ethiopia and Kenya, in search of education and a better life, through the entwined stories of the Deng brothers, one of whom leaves Sudan through a work resettlement program for a job in America while the other stays behind in a refugee camp. However, upon his arrival in America, William discovers that the program is actually a way of finding cheap labor for menial jobs.