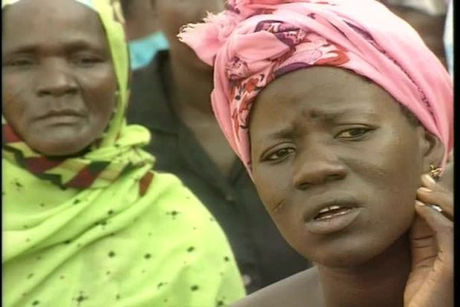 In the opening scene of the film, a woman recites a poem about what a “good woman” is expected to be in accordance to the preconceived ideas and expectations of their female gender role. The film depicts contemporary African women’s lives in four different countries; Burkina Faso, Mali, Senegal, and Benin. Anne-Laure Folly allows the women to speak for themselves, as she conducts an interview heavy documentary. In the film women fight for marital rights, reproductive health, their role in the economy, political rights, democracy, and against female genital mutilation. Women within their villages and countries unite as grassroots organizations to speak up. They also use the organizations as ways to educate each other, and to have a louder voice. The film emphasizes the reality of the women, and the lack of control they have over their own future or their familys' major life decisions. Some of the women that speak in the film include a woman who has taken refuge in a convent from forced marriage, a community health worker, entrepreneurs, as well as a Malian woman who lost her daughter when she took part in a pro-democratic demonstration. Their overall struggle is humanized with the many speakers and is more deeply understood as a movement.

Other movies from Benin made in