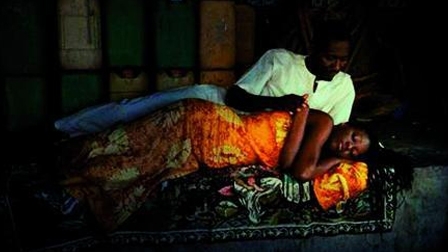 Tradition and religion play their roles in a bitter romantic rivalry in this drama. Nathalie is a beautiful young woman who is in love with Lamine, a boy her age from Mansare, the village where they were born and raised. Lamine is also in love with Nathalie, but there's a problem; shortly after she was born, Nathalie's family pledged her to Mathias, another young man from Mansare who went away to seek his fortune. After years overseas, Mathias has returned, having struck it rich in a shady business enterprise, and he's made it clear he now want to marry the lovely Nathalie. However, while Lamine was close friends with Mathias when they were boys, he's not willing to give up the woman he loves for his old pal, and though local custom dictates that Nathalie is not obligated to wed Mathias based on her family's agreement, her parents don't feel the same way. And the fact Mathias is a Christian and Lamine is a Muslim only adds to the ill feelings between them. Les Feux de Mansare (aka Fire of Mansare) was an official selection at the 2009 BFI London Film Festival.