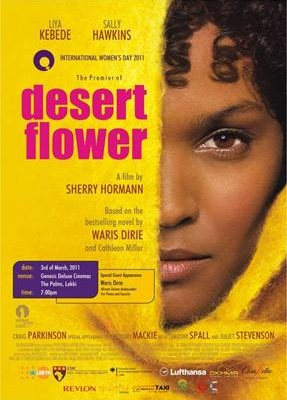 The autobiography of a Somalian nomad circumcised at 3, sold in marriage at 13, fled from Africa a while later to become finally an American supermodel and is now at the age of 38, the UN spokeswoman against female genital mutilation (FGM).