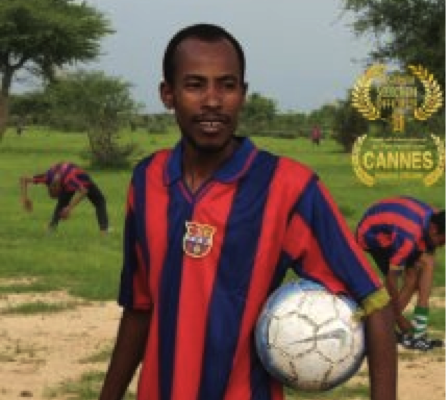 Majid (Abakar Chene Massar) enters a fight to the death with his own coach (Ousman Adoum). Majid is a few short days away from the town championship game when Faïza (Nadech Ngaryo), the team president's daughter, catches his eye and that of the coach too. The championship game arrives and Majid finds himself sidelined by his rival. Entering the game in the second half, the team captain emerges from the coach's restraints and scores the goal that symbolically defeats his coach and wins Faïza's heart. Outside of football season, Majid is a student, and this year he is set to take the French baccalaureate exam. He is a young man with high hopes: to succeed academically, to take Faïza's hand in marriage, and the dream of one day playing football on the international stage. And in the wake of his glory on the pitch and the capture of his love's heart, he makes a decision of grave impact. One small bribe by Majid's friend Hamid to a Chadian police officer and Majid is introduced to illegal and powerful substances guaranteed to bring him success in his studies. Within days, Majid is caught in a rapid downward spin. His relationship to his family is destroyed by his newfound frenetic and unpredictable state. Faïza, though devoted to Majid in heart, is forced into marriage with an acquaintance of her father. Majid's little brother Alio contracts and dies from a disease. And Majid lives out his dream, superstar for F.C. Barcelona, playing weekly in the Camp Nou stadium of his drug-ridden mind. Majid's story is a metaphor for disenchanted youth across Africa whose dreams can only be realized through fantasy.