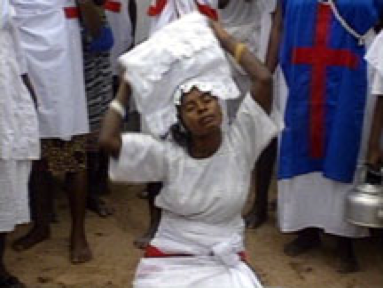 This documentary is about a man named Sikavi, who is a “fetish priest” or a “voodoo fetisher” in Togo. The documentary conducts interviews with Sikavi himself throughout the film to explain the voodoo and why the practice is used. Sikavi uses his supernatural knowledge and power to control the spirits of gods and voodoos. The harnessed control is used towards the healing of life and death, and is a common practice in some African societies, therefore is not singled out to only a Togolese voodoo. The film draws a connection and contrast between traditional and modern practices as well as includes insight form Sikavi’s children who voice their opinion about their father. They see his practices and tradition as an approach to gain power. Sikavi says “With the Forces I can say I can do everything.” In the film he conducts a ceremony for the dead in order to civilize barbarians. In his ceremony he illustrates “the force of the world” with his voodoo.

Other movies from Togo made in