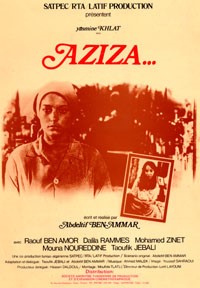 Aziza is a contemporary portrait of Tunisian society through the eyes of a young orphan named Aziza, who moves with his adoptive family from the old Arab quarter of Tunis, to a new neighborhood on the outskirts of the city. Aziza explores her new neighborhood, making a friend Aisha, but overall, the move is a lonely one for the family, until the sudden arrival of an oil emir. He shakes things up, but not in the that we hope, leaving with Aisha, who is irresistibly attracted by the mirage of an easy life.