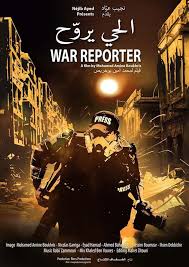 During 2011, Tunisia saw an uprising of the people against the government, which led to protests like the country had never seen before. Journalists covered this event, often risking their lives to question the crowds throughout Tunisia, Egypt, Libya, and Syria, trying to find out what was happening and why. This film is a documentary of the struggles of these journalists.