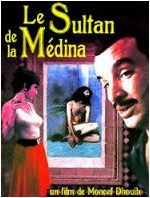 This film is a drama set in the heart of Tunis. The story focuses on a young girl who is brought to the city by her parents for an arranged marriage with her cousin who is currently imprisoned. In the meantime, her cousin’s mother tries to confine the young girl to her room until the day of her wedding but fails to successfully do so. This film has surfaced many issues surrounding the treatment and human rights of women.