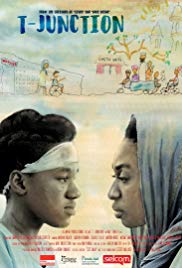 After Fatima’s estranged father suddenly passes away, she finds herself struggling to mourn his death. At the hospital she meets Maria, who is a patient with a complicated, mysterious past and injuries. Maria tells Fatima the story of her life and home (T-Junction), as the two women bond; Fatima reflects on the complexities within her own life.

Marta Tveit, Love and life on the flip side of Dar es Salaam, Africa is a Country. (online article)

Other movies from Tanzania made in