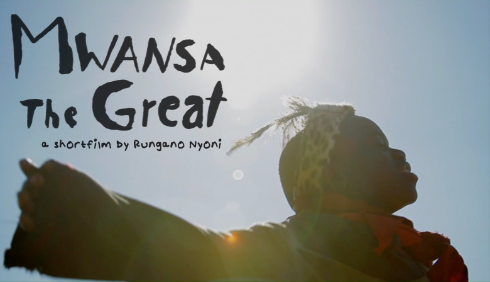 Mwansa the Great is a coming of age story involving a young boy growing up in the harsh environment of Zambia. Mwansa goes off in search of greatness and to transcend his adolescence into mature adulthood. As a means of coping with the loss of his father, the boy tries to use his imagination to carry on the family legacy. Rungano Nyoni’s intent behind this film is to show death from a child’s perspective, while also exposing the importance of dreaming big in the face of overwhelming obstacles. By embracing his imagination, Mwansa is able to empower himself to overcome his sorrow. At the end of the short film the boy finally reunites with his deceased father within a spiritual connection brought out by his transformed imagination.