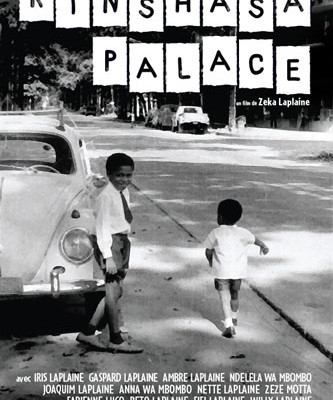 A filmmaker travels across Paris, Lisbon, Kinshasa, and Cambodia in search of a missing brother in this provocative cinematic whatsit, a mix of family mystery, colonial exposé, and Chris Marker-style essay-poem. Filmmaker José Zeka Laplaine plays Kaze, a Paris-based Congolese immigrant looking for his missing brother Max, but finding only dreams and memories: of Congo in the 1970s, when Muhammad Ali was on the television and hope was in the air, or of their father, a white man now returned to Europe while their mother, as proud as ever, stayed in Kinshasa. Created out of family photos, stock footage, and home-video images of several generations of a family still caught between Europe and Africa, Kinshasa Palace refuses to say where reality ends and fiction begins; like its subject Max, it enjoys getting lost along the borders. Between the lines, though, lurk the ramifications of colonialism, family displacement, and the global African diaspora. (Written by Africultures)