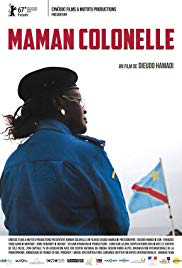 George Kibala Bauer, “In ‘Maman Colonelle’ a Congolese policewoman takes on ghosts of the past,” Africa is a Country (blog)