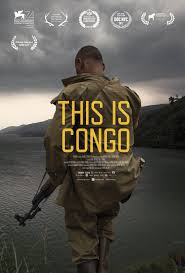 *All of the above actors/actresses portrayed themselves

Within the past two decades, Congo has seen more than 5 million conflict related deaths that have been perpetuated through multiple regime changes, which led to the wholesale impoverishment of their people. This film examines the conflict, specifically the M23 Rebellion by following the lives of four unique characters-a whistleblower, a  patriotic military commander, a mineral dealer and a displaced tailor.

Alan Scherstuhl, The Searing “This Is Congo” Embeds Us in a Nation’s Terrifying Normal. The Village Voice. (online film review)

George Kibala Baur, This is Congo, Africa is a Country. (article)