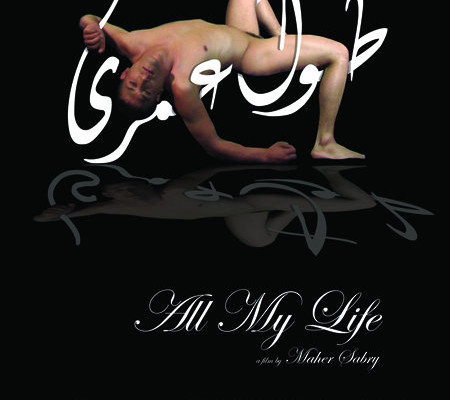 All My Life follows gay dance student and accountant Rami as he navigates 2001 Cairo amidst the Cairo 52 arrestsm during which a gay nightclub was shut down and 52 gay men were arrested, tortured in prison, and vilified by the media in a very public scandal. Based on real events from the director's life, the film focuses on Rami and his relationships with lovers, friends, and neighbors. Framed by the conflict between contemporary gender and sexuality and the traditional religious and social cultures of Egypt, Rami and his peers struggle to communicate with one another and with themselves. Rami leads separate personal and professional lives, struggling to reconcile his gay identity as many of his peers face violence and persecution. He risks love and friendships in the name of safety and security, but in the end it seems it may not be enough. Imbued with dance and dream sequences, the film uses music and corporeality to explore the tensions of tradition and contemporaneity. All My Life earned the Audience Award in the Narrative Feature category at the Face à Face film festival, which promotes positive attitudes towards homosexuality through art and culture.

Soliman, Mustafa. “In Fatwa against Movie Filmed in Cairo-San Francisco, Religious Authorities Call for All My Life to Be Burned .” Maraia Film, www.maraiafilm.com/eufs/fatwa.html.