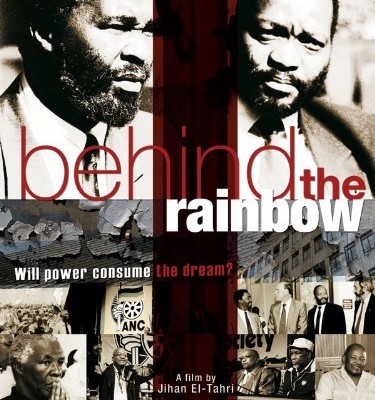 Kader Asmal as himself

Pallo Jordan as himself

Ronnie Kasrils as himself

Mac Maharaj as himself

Thabo Mbeki as himself

Kgalema Motlanthe as himself

Siphiwe Nyanda as himself

Blade Nzimande as himself

Sue Rabkin as herself

Jacob Zuma as himself

Behind the Rainbow explores the transition of the ANC from a liberation organization into South Africa's ruling party, through the evolution of of the relationship between two of its most prominent cadres, Thabo Mbeki and Jacob Zuma. Exiled under Apartheid they were brothers in arms, under Mandela they loyally labored to build a non-racial state, now they are bitter rivals. Their duel threatens to tear apart the ANC and the country, as the poor desperately seek hope in change and the elite fight for the spoils of victory.