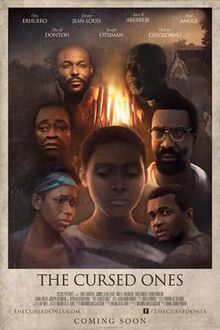 Asabi is a young girl accused of witchcraft by her village. Pastor Uchebo is convinced that the only solution is to exorcise the evil from her, killing Asabi in the process. He leads everyone in the village to believe this as well, including Asabi’s own mother. The only people willing to help Asabi are Godwin Ezeudu, a reporter, and Pastor John Moses, a schoolteacher. Together, they vow to save Asabi’s innocent life from unjust punishment. Based on true events, “The Cursed Ones” is a journey to stop the spread of lies and corruption in a West African community.

Nominated for Several Awards at the African Movie Academy Awards, including:

Best Actor in a Leading Role