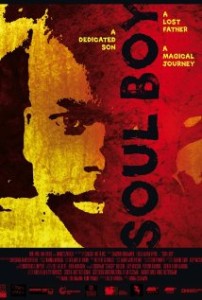 The film Soul Boy takes place in Kibera, one of the largest slums in East Africa. 14-year-old Abila discovers that his father's soul has been stolen, and goes in search of the correct remedy to help his father. His search leads him to an adventurous journey that gives him all the truth he needs of his hometown.