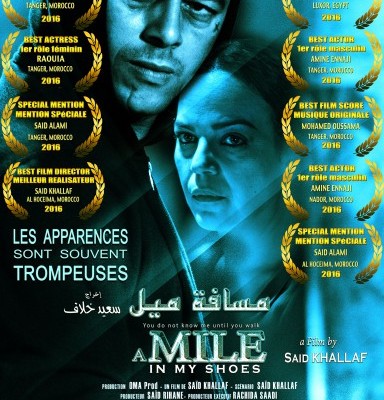 The film takes place in modern day Casablanca, following the dark and tumultuous life of Said. In present day, Said is a notorious street criminal whose crew is known for muggings and burglary. But after a dignified police officer's wife named Maryam is raped, Said becomes the lead suspect, leaving the audience wondering if he is capable of such a depraved act. The film constantly flashbacks to moments in Said’s childhood, like his gang initiation and a family tragedy, that seem to shape the man he is today. It follows his fight against multiple male antagonists throughout his life, including an abusive step-father, bullies, and threatening bosses, all of which prey on Said in a sexual manor. Although Said is a man full of rage and violence, he has forgiving qualities like his friendship with his elderly landlord Aunty and his dreams of being a stable husband for his neighbour Hanane. But his criminal past keeps him for achieving any sense of normalcy or stability in his life. Ultimately, the film paints a very real and unforgiving picture of the life of street children in Morocco, with Said as its dangerous and heart-breaking result.

FDM. “« A mile in my shoes » by Said Khallaf represent Morocco in the preselections for the Oscars 2017.” Moroccan Ladies, 2016, http://moroccanladies.com/breaking-news/a-mile-in-my-shoes-by-said-khallaf-represent-morocco-in-the-preselections-for-the-oscars-2017-11720 Accessed March 30, 2018.