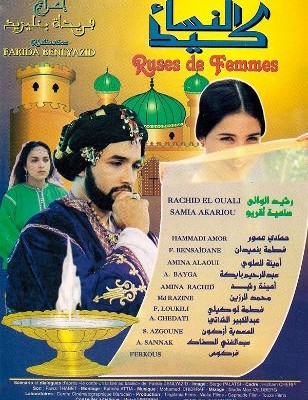 In this film Farida Benlyazid puts a feminist spin on a prominent Andalusian tale. A spoiled merchant’s daughter attracts the attention of a prince. The prince is a very arrogant patriarch and believes that he is far superior to his new lover. In response to his arrogance the protagonist embarrasses him by shaving his beard while he slept. In an attempt to seek revenge the prince marries the protagonist and tries to imprison her in his cellar. The protagonist outwits him and escapes, proving that she is in fact more intelligent. Overall this is an anti-patriarchal tale designed to expose the tyrannical flaws that make up the institution of patriarchy.