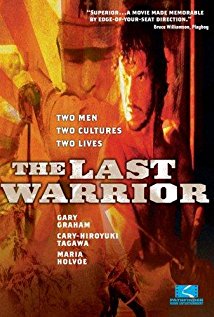 The Japanese destroyer, "Yamato", is damaged in battle, and is forced to be repaired on a small Pacific Island inhabited only by Gibb, an American observation post, and a group of aborigines. After Gibb tries to flee with Katherine and kills a Japanese soldier tracking them, the other soldier seeks revenge.