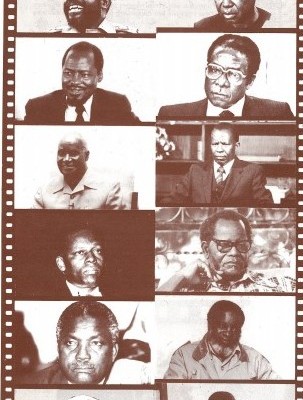 This documentary portrays the effects of the destabilization of South African policy on the reconstruction of Mozambique. By tracing the history of the political forces of Mozambique, a history rooted in Portuguese colonialism, Borgneth reveals the underlying issues that plague the republic to explain what has transpired since. The film focuses also on the conflict between the apartheid system and political forces in the area. Interviewers urge international relief to resolve this conflict and abolish the apartheid aggression. In addition to the political destabilization, the film also provides coverage of the terrorist nature of South Africa’s military destabilization in Mozambique especially.