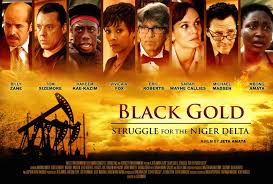 In this film the people of a delta community are in a fight against a large and powerful oil company who has done little to give back to the poor area it derives much of its resources from and ruined much of their land. The people in this community fight against the oil companies for their right to their land with a cast of famous American actors including Vivica A. Fox and Mickey Rourke.