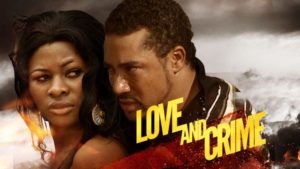 This suspense thriller is about a married couple who are frauds. They make their money by creating a whole scenario where they say they have been robbed and innocent bystanders for help. The bystanders offer condolences, a cup of coffee but most importantly money. The couple manages to never get caught and always come out on top. One day they run into an old friend and decide to reunite with an old group of friends they used to know but, the couple finds out the true meaning of betrayal and that old habits die hard.