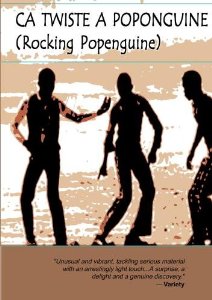 Ça Twiste à Poponguine is a bittersweet coming of age film that takes place in 1964, just before Christmas in a seaside village. Local teenagers there are divided into two rival cliques, the “Ins” and the “Kings.” The story of their rivalry is told by a character named Bacc, who is a street smart little boy. The film reveals how young Africans blend American and French pop culture into their daily lives. At the end, there is a fight between the cliques, and the epilogue shares that the “Ins” later drifted apart.