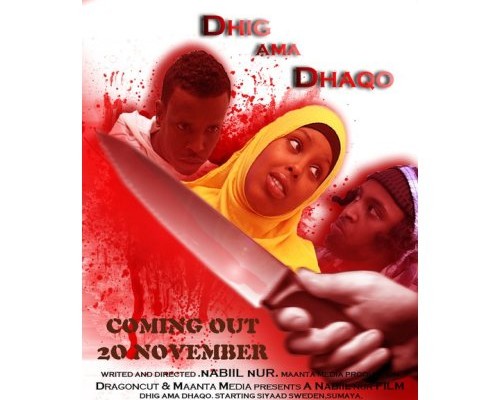 The film depicts the tumultuous relationship between a couple in the modern world. The film displays the adversity the couple faces from friends and family. Showing the conflict of Somalian identity, love triangles, in a modern setting.

This film won “Best Somali Film of the Year” in 2011. Though the film has had a limited release, they have a campaign for the film to be shown in other areas.